Since I’m in Vietnam, it makes sense to look at what Vietnam intends to commit at this week’s COP21 conference.  This is what I could find about what they are committing to:

“Pham Van Tan, deputy chief of Office of National Committee on Climate Change and permanent deputy chief negotiator of Vietnam on climate change, said Vietnam could reduce its GHG emissions by 8 per cent in 2030 by using its national resources, and 25 per cent if receiving more international support.”

I could not find whether this is relative to a business as usual benchmark, but that would be my guess.  Otherwise I’m sure they would have said “compared to 2015 levels” or some such.

As with other developing countries, they’re approaching their commitment from a ‘Nationally Appropriate Mitigation Action (NAMA)’ perspective.  You can read up about NAMA and the countries for which NAMAs apply listed here.  This basically says that developing countries will develop mitigating targets that are plausible based on the resources and opportunities available within the country, and the extent to which they receive external funding.

As I’ve covered already, more than half of Vietnam’s electricity comes from fossil fuel sources (29% coal, 22% gas, 3% oil).  This naturally excludes the petroleum products used within the transport sector, or products used in industry processes.

The World Bank’s database shows how Vietnam’s CO2 emissions have been increasing fairly steadily since 2006.  It’s still considerably lower than the region in general, but with a definite upward trend.

The World Bank database is an incredibly useful.  It provides some very useful indicators and allows you to see the trends over recent years.  Here are some graphs that I pulled off that I think are very interesting and go to show what’s been happening in Vietnam’s energy sector.   The first shows the steady increase in Vietnam’s total carbon emissions, which have gone up by about 75% in five years. 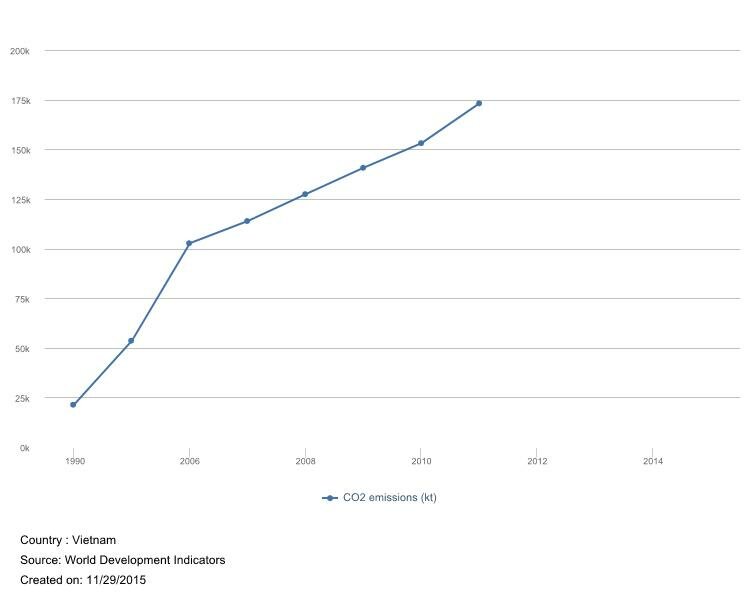 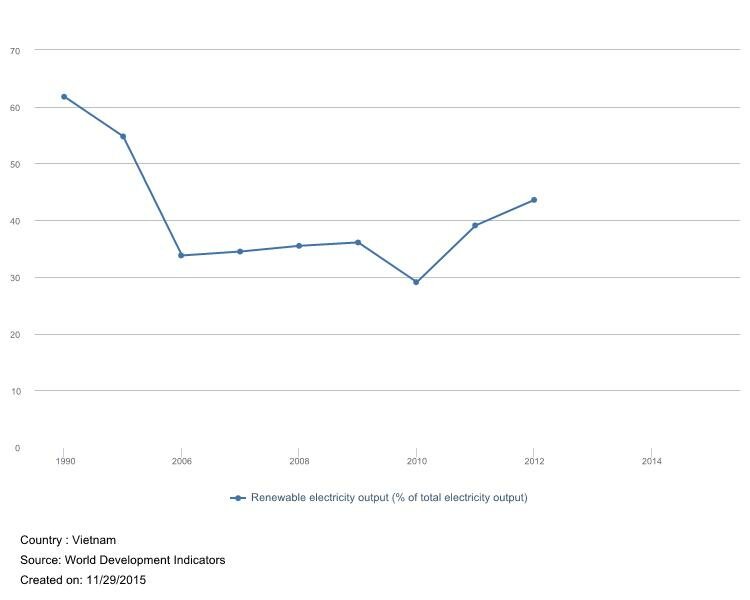 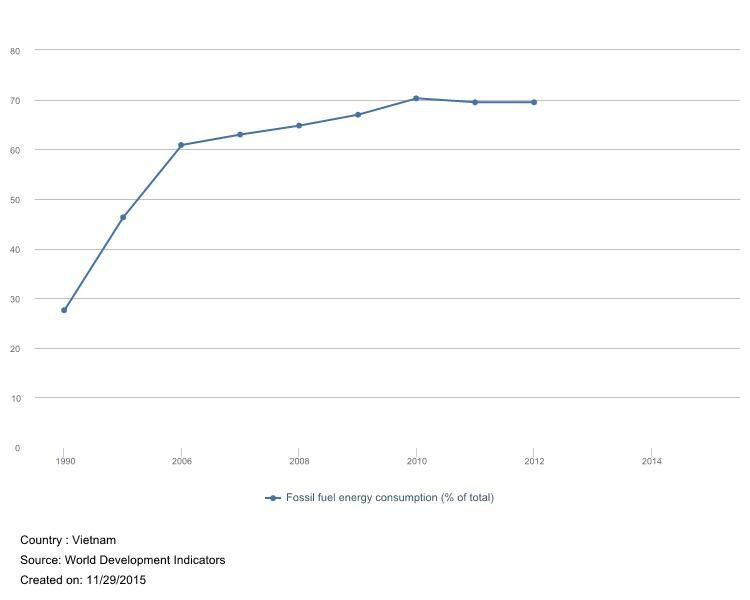 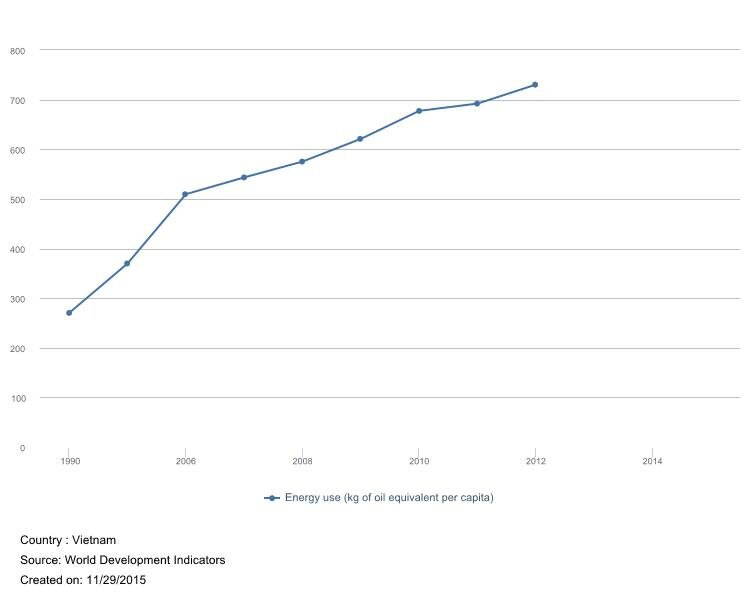