Vietnam has a population of around 88 million people (as at 2011).  That’s an enormous population, and the Vietnamese government reported in 2015 that “by the end of 2014, 100% of the districts were connected to electricity; 99.59% of the communes with 98.22% of rural households got accessed to the power grid.”  Not an insignificant achievement.

The overall sector is managed by Vietnam Electricity (EVN).  They have an overall system capacity of around 34GW, and reported that in 2014 totally electricity sales were 142.25 billion kWh with average consumption of 1,400kWh/capita.

This per capita consumption is more than countries struggling with electrification and capacity, such as the Philippines, where average consumption is around 672kWh/capita, but considerably less than developed countries, like Australia (10,398kWh/capita) or even South Africa (4,405kWh/capita) and other countries in the region, like Thailand (2,465kWh/capita). [Source: 2012 values from WorldBank] 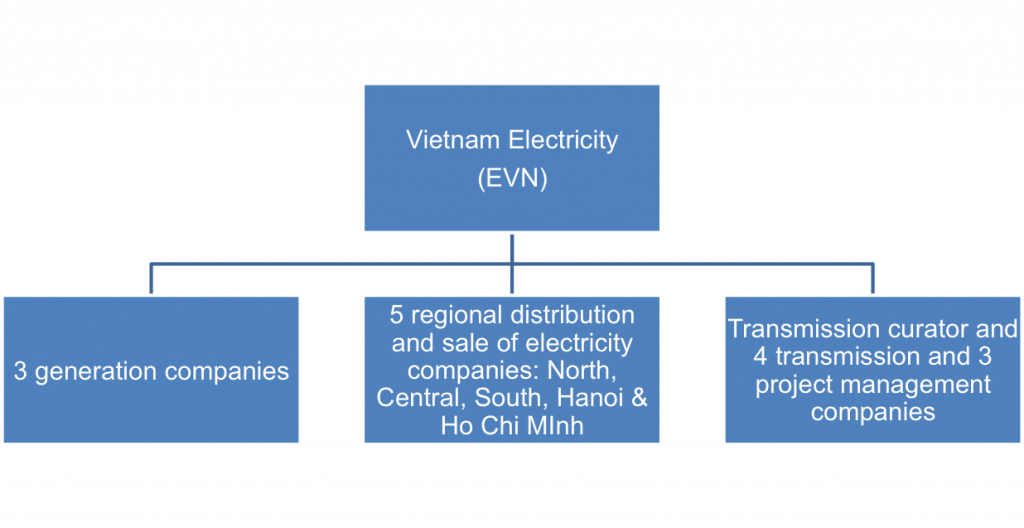 Nearly half of their installed capacity is hydro-powered, with the majority of the balance made up by coal and gas. 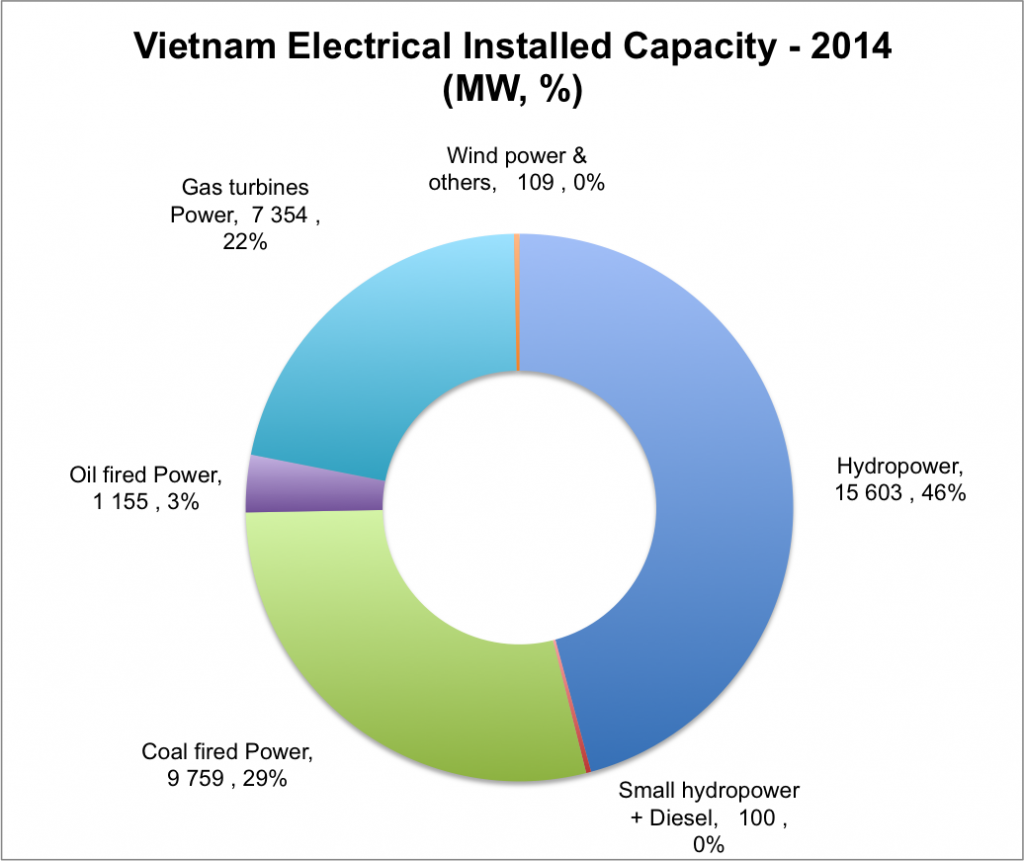