Edit: I’ve replaced the pie chart below as the version I posted yesterday had a glaring error (flash type had been totally left out).  Apologies.  Fixed now…

This is the first of a series of posts that will be focusing on geothermal energy. This is of interest to me as I’m travelling through the Philippines, and, as you can see from the graphs below, Philippines is second on the list in terms of installed capacity.

I’d been to an energy conference in Johannesburg a year or so ago focusing on energy security in Africa and geothermal in Kenya and Ethiopia came up a lot. The interest of these countries to pursue geothermal is, I think, demonstrated by the sudden increase in capacity in Kenya between 2013 and 2014, where they go from 237MW to 600MW; they’ve also got a number 22 projects in the pipeline, totalling nearly 1GW.  Ethiopia has plans to increase their capacity to over 1GW in the early 2020’s.  Tanzania is also looking to get in on the action.

All of the data below have been taken from Geothermal Energy Association’s Annual reports which you can find here. 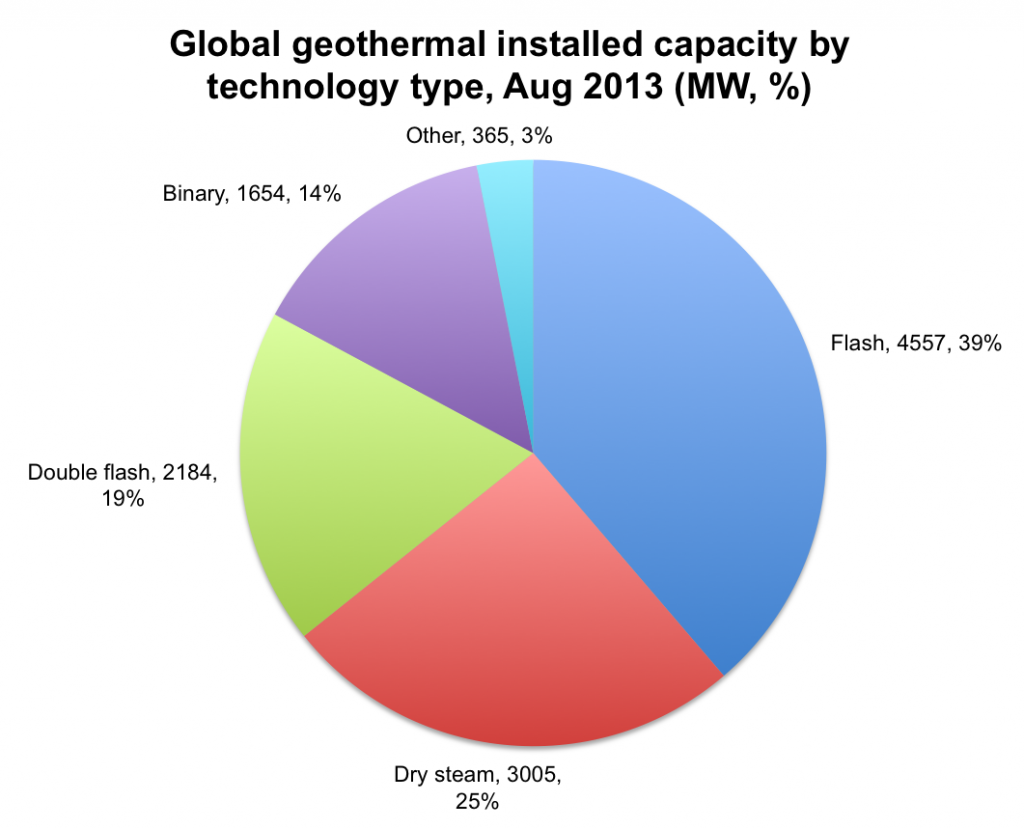 As with all projects making use of naturally occurring resources, developers are tending towards locations with abundant thermal resources, preferably with underground water sources, proximity to demand and suitably regulatory arrangements.

Over the next few posts I’ll be having a look at some of the different technologies that are used, to try and sum up some of the key technical aspects/considerations and possibly challenges that exist around this technology, but what is clear is that geothermal capacity is increasing, year on year.