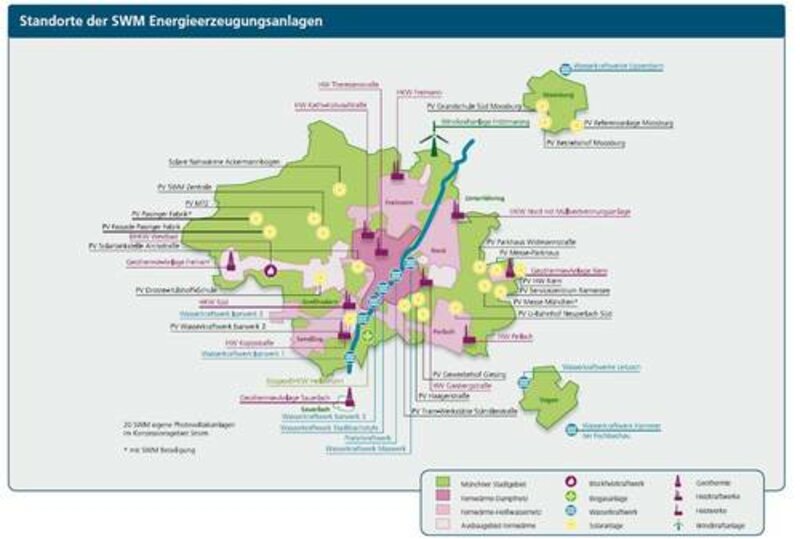 Munich to be energy independent by 2025 – renewable energy expansion plan

This is incredibly ambitious, progressive and absolutely exciting; Germany once again leading the way.  Munich are on the way to having 100% of their electricity sourced from renewable energy.  They’re trying to generate as much as possible within the city boundaries, to keep the jobs, and the money.  But they’re also importing from Spain, the UK and from the rest of Germany.  By 2025 this will amount to 7.6billion kWh at an investment of around EUR9billion.

The City of Cape Town has a target of generating 10% of its electricity from renewable energy by 2020.  Now some of this would come from the national Eskom supplied grid, but there’d still need to be a lot more done locally to meet the target in time.  We’d have to raise our game by an order of magnitude to catch up to Munich, but it’s so good to see where we can get to.  Although the City of CT supplies over 10billion kWh every year, (this doesn’t include Eskom supplied areas) and we have more than double their population so we would have a much bigger job in front of us to get to 100%.

Generating electricity should be the competency of a municipality as far as possible and feasible – reduce losses, improve energy security, create jobs and minimise vulnerability to fuel price hikes (if it’s renewable) and keep our money in our economy.

Map of generating plants in Munich, (sorry, no translations)