It feels like just yesterday, but five months ago I moved from Melbourne to the Sunshine Coast.  On the way up decided we’d take a leisurely drive up through central New South Wales.  The main aim was to visit the Parkes radio telescope and Dubbo zoo. But at the back of my mind I knew that there were a few solar farms in the region, and while it was a bit of a whistle stop tour, we did manage to swing past Parkes Solar Farm.

Parkes is a lovely town – bigger than we expected.  We had spent the evening before watching The Dish so we were ready for the telescope itself.  It’s really impressive.  An incredible piece of engineering, a significant part of astronomical history and just a generally interesting place to visit. 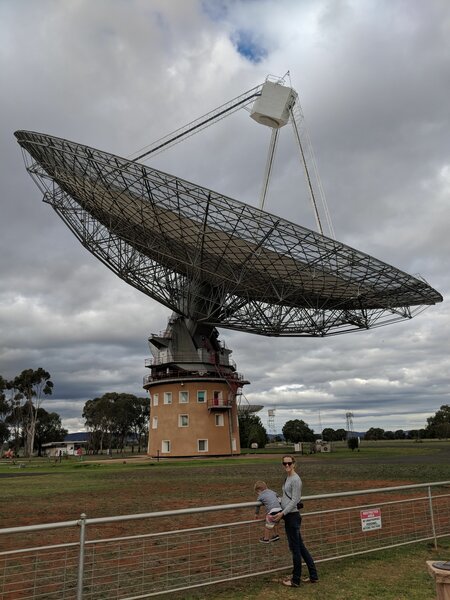 I have a bit of background knowledge on the Parkes facility, having been aware of some of the comings and goings during construction, through work, and it was good to see it in person.  The developer of the project is a French owned company called Neoen.  Some takeaway stats from the project’s site:

All of these nuggets of info are out there in the public domain, so the main point of this post is to show off pics from a drone that was sent up outside the site.  Behold, Parkes Solar Farm. 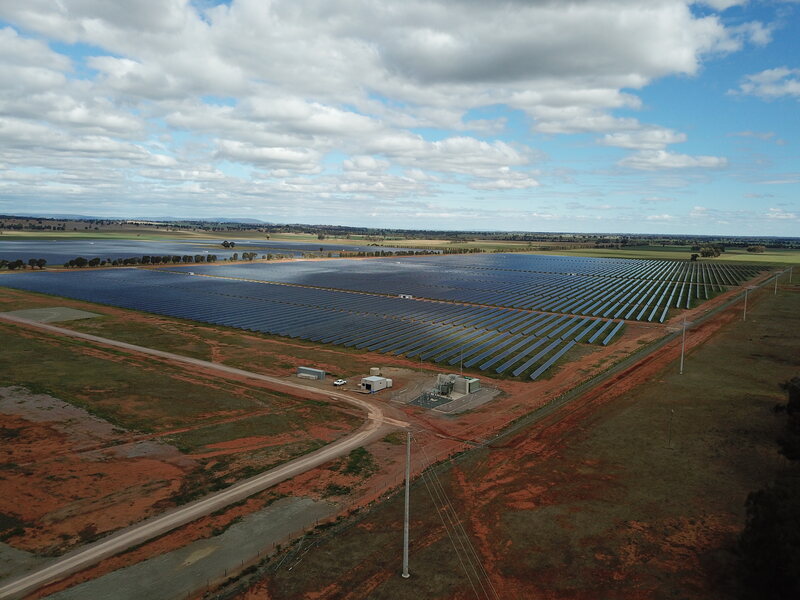 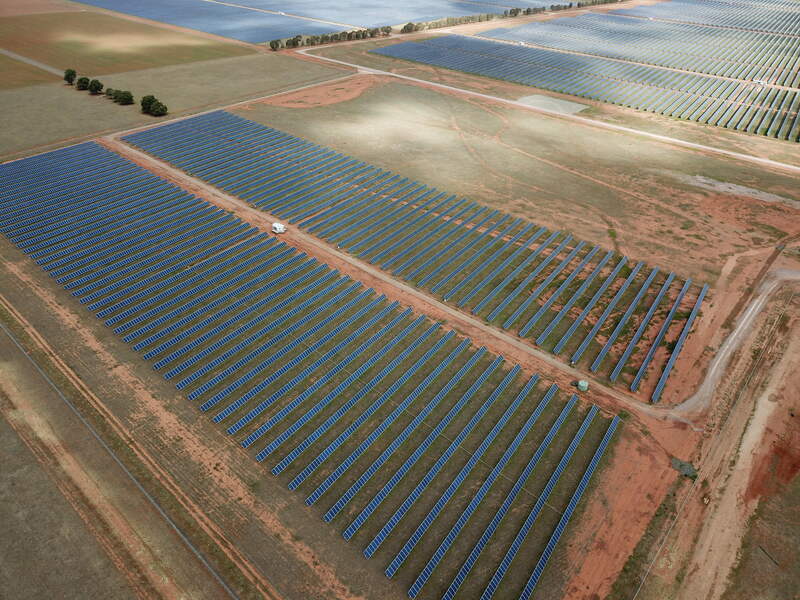 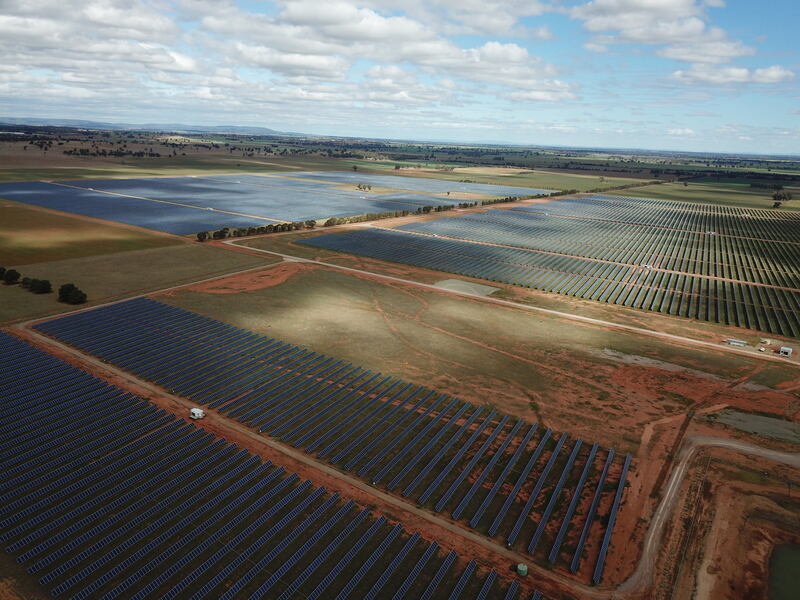 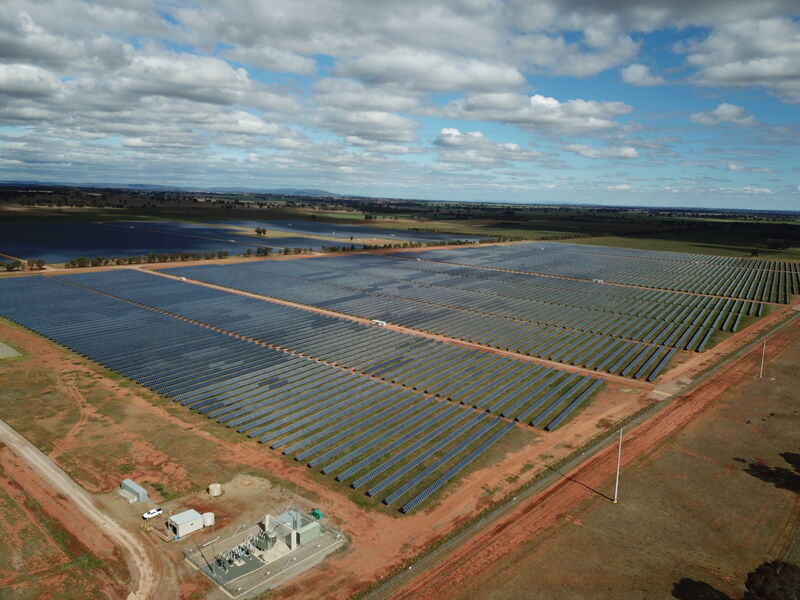 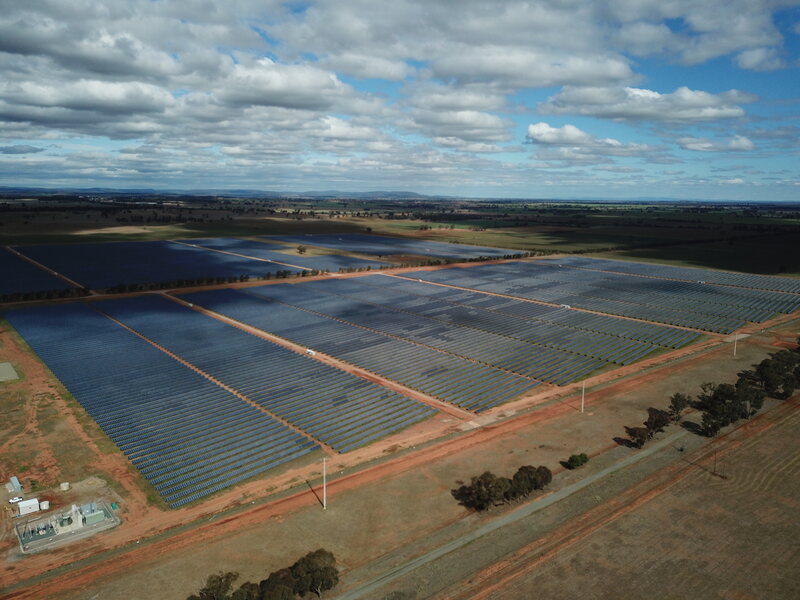 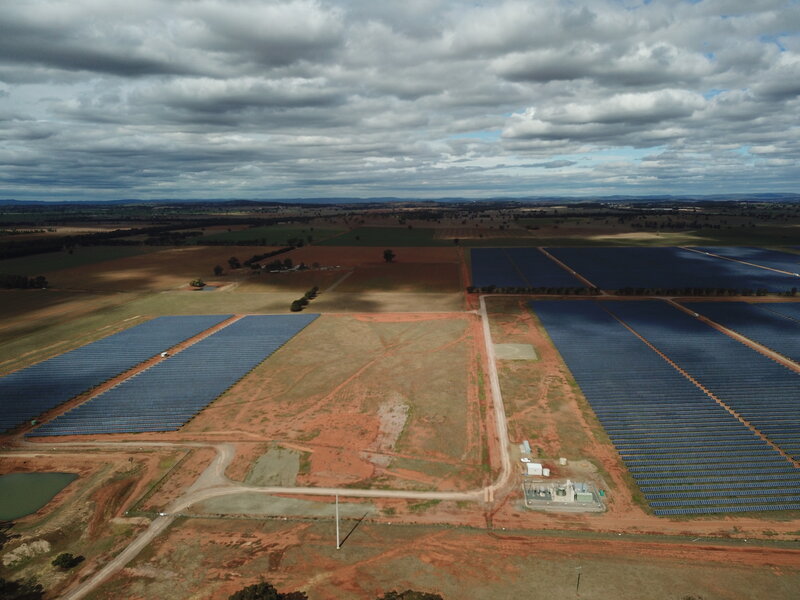 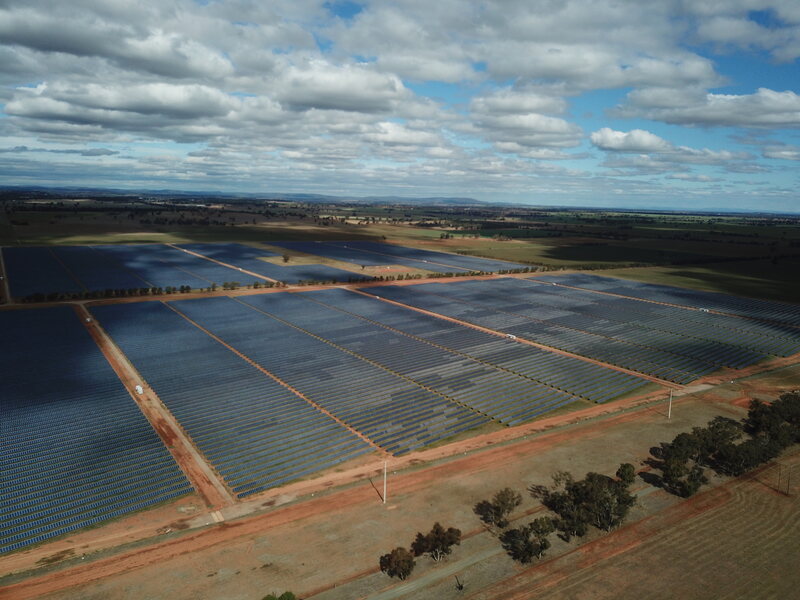 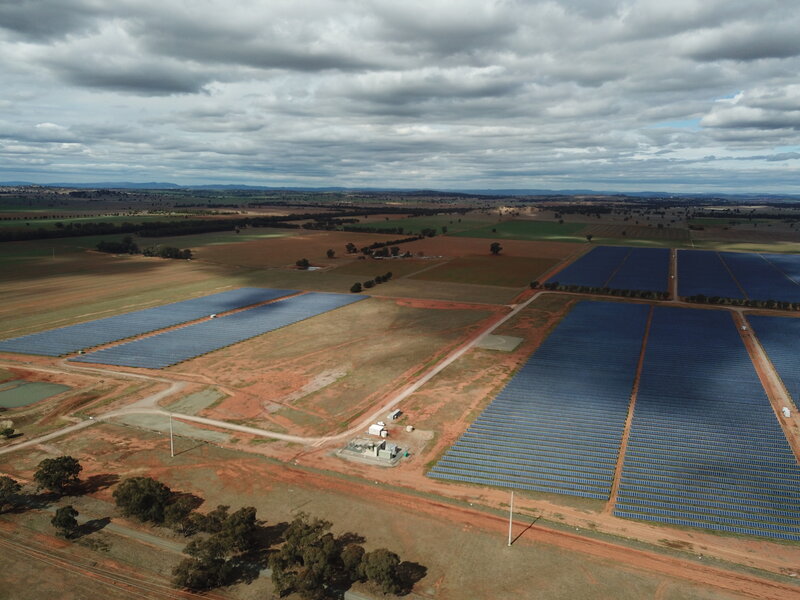 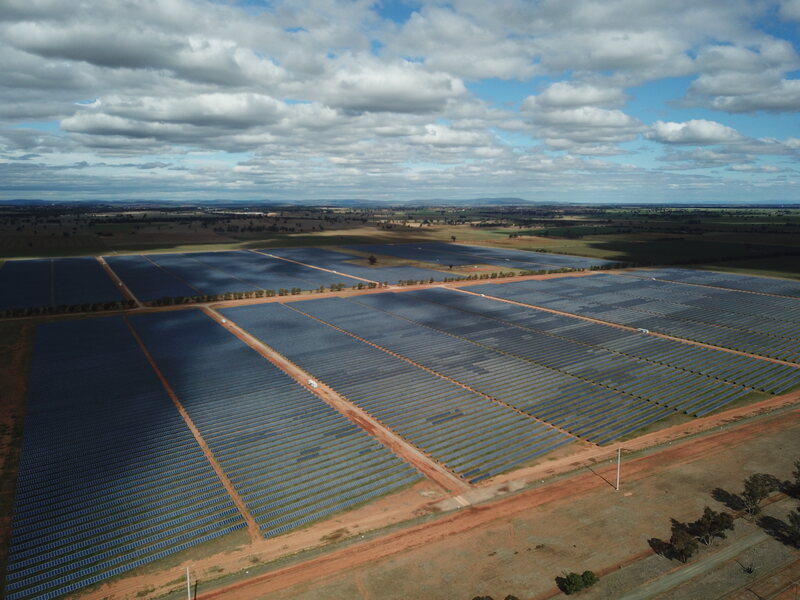 Neoen has a few other projects in NSW, and I have worked briefly on some of these in various capacities.  I’d done a site visit to Griffith Solar Farm before at the end of construction, and had a hand in Coleambally Solar Farm in the lead up to Financial Close and during construction (the project reached commercial operation recently, which was impressive, given the short construction timeframe and the ambitious size of the project).  Neoen also have Dubbo Solar Hub in NSW, made up of Dubbo and Narromine Solar Farms.  I was within spitting distance of the Narromine farm, but we just didn’t have time to get there.

While Neoen has extensive experience in NSW, they have also been making inroads into other states.  I had been involved on Numurkah Solar Farm prior to Financial Close – this VRET project is currently under construction in Victoria.  They also have development approvals in Queensland, and I know that they are actively pursuing various other options.