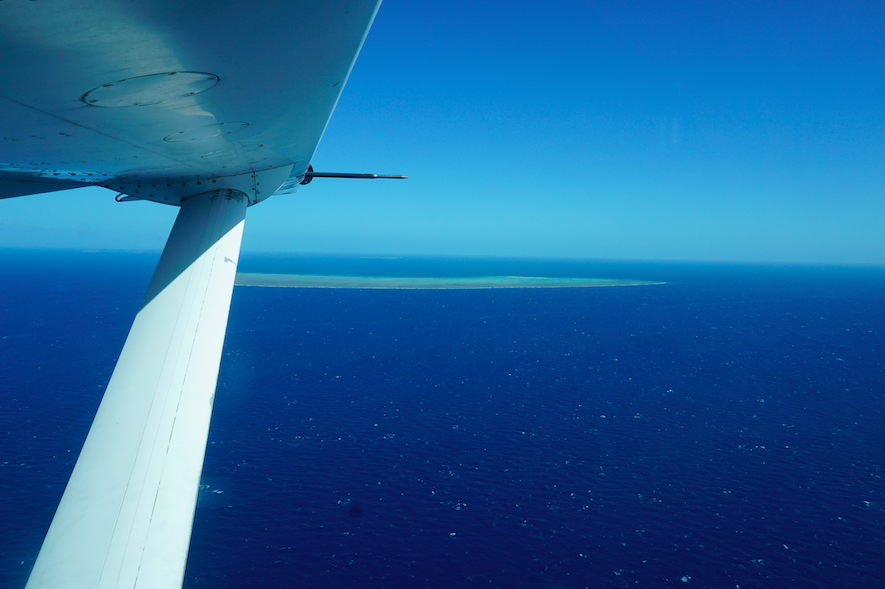 Last year I had some unbeatable diving experiences.  As what will undoubtedly go down as some of the most memorable experiences in my life, my husband and I went snorkelling off the Whitsunday Islands, we did a five day live-aboard trip which went from Lizard Island out to the Osprey Reef (far out into the big blue, it’s an underground volcano, with a 1km drop off the reef), and then we got to do some incredible diving in the Philippines. 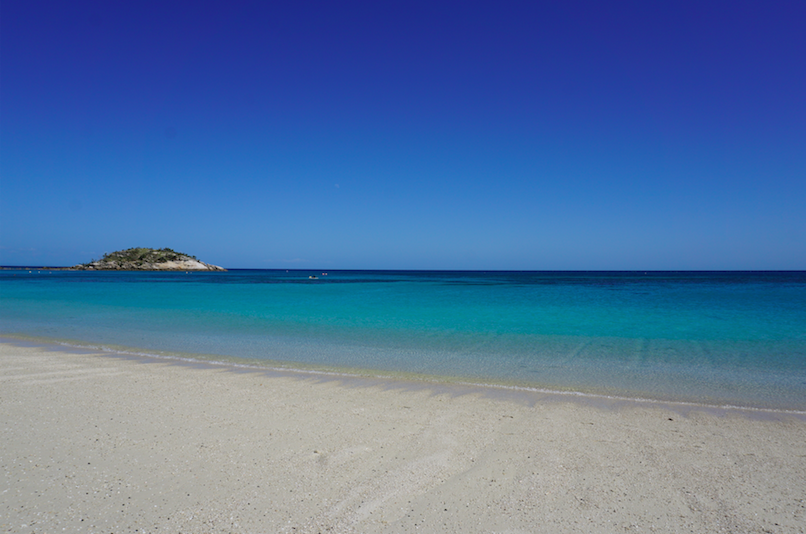 The live-aboard experience in particular was amazing.  The Great Barrier Reef is magnificent, and worth all of the hype.  We spent time swimming with sharks, potato cods and turtles.  But the smaller life, the damsel fish (think Nemo), the cleaning wrasse and the angel fish, swimming around the soft and hard coral; it was all spectacular.  The whole ecosystem is amazing, and I feel a sense of sadness that I am not currently in the water, watching them all go about their business. 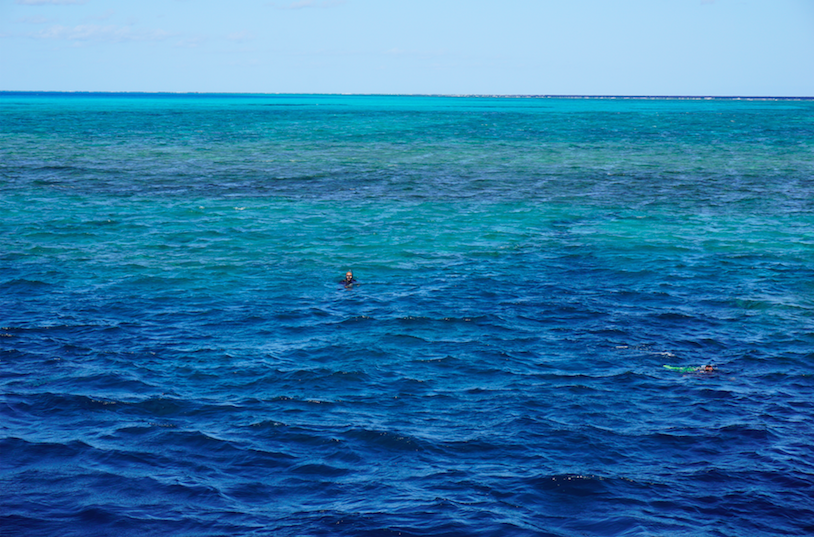 I have not dived enough to know what insidious damage to the coral looks like, but I have dived in places that have shown me the marvel of the reef when it is healthy and swelling with life.  I saw obvious signs of coral damage in the Philippines, close to the harbours, and near to where the massive tour groups descend.  But slow and creeping bleaching, taking over bit by bit, that I would not have had the experience to spot. 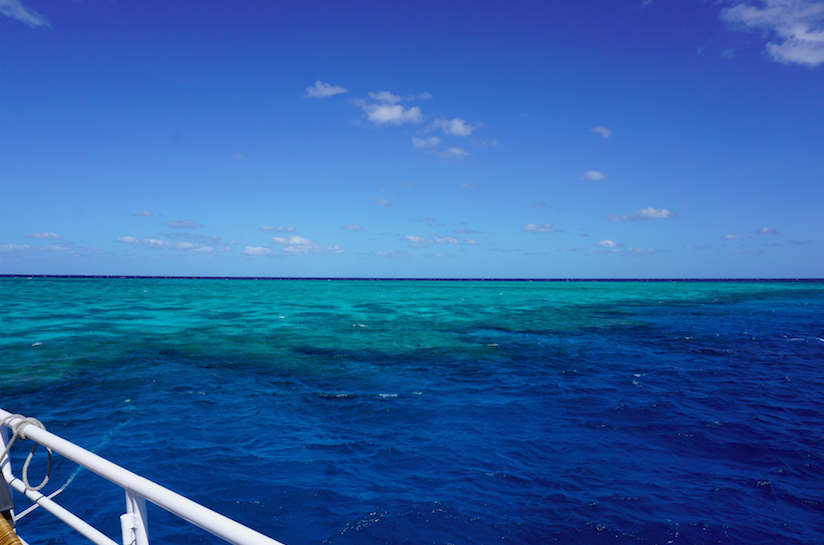 What’s come up a few times in the media since I’ve moved to Australia is the large (massive) scale damage to the Reef that has been observed by science teams recently.  In the Northern section of Australia in particular, which is where we launched from last year.

People have picked up on the extent of the damage to one of their most beloved natural resources, and are making lots of noise about protecting it from further damage.

In the spotlight is the Adani Carmichael coal mine.  “The Carmichael Mine, owned by the Indian conglomerate Adani, will cover an area seven times the size of Sydney harbour.  When the A$16bn (£9.9bn; $16bn) project is developed, the plan is to export 60 million tonnes of coal each year to India, for 60 years.” [BBC]  One of the major concerns is the infrastructure along the coast that will need to be expanded to accommodate this massive increase in coal exports.  That infrastructure will be along the section of Australia closest to the Reef.

It’s incredibly sad.  Not only from a climate change mitigation perspective, but coal mines are notoriously dirty, and the operators are not known for their observation of environmental rules, regs or even best practice.

While walking in Camberwell, Melbourne last week I walked past the office of Josh Frydenberg, who is the is the Liberal member for Kooyong and Minister for Resources, Energy and Northern Australia (@JoshFrydenberg).  All along the ground where messages written in chalk for Frydenberg, and I must have missed a protest by a matter of hours.  The message is clear: the prioritisation of the coral reef, and Australia’s natural resources, over coal. 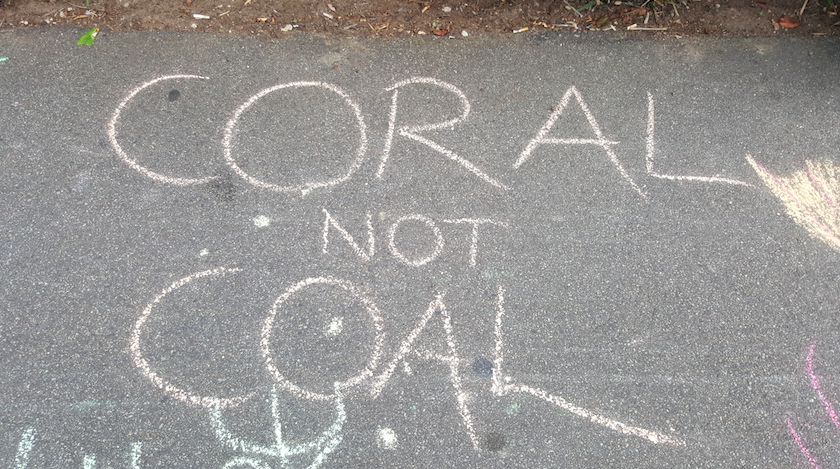 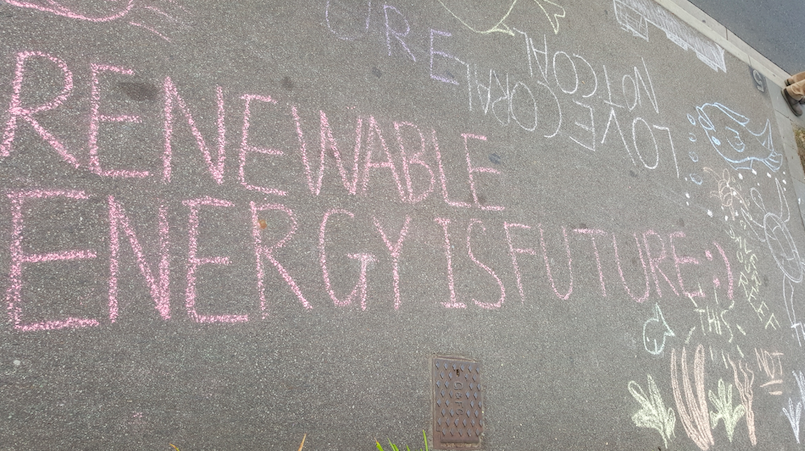 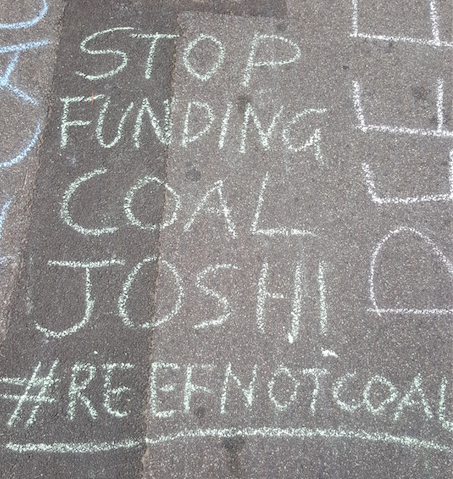 I’ll be keeping an ear open for what happens on this issue.  My hope is that Australia listens carefully to very real and relevant concerns; because I shouldn’t be amongst the last to see what a thriving coral reef looks like.