I have been struggling somewhat with finding consistent information on what is actually installed and operational in Thailand.  The information I’ve found on the Electricity Generating Authority of Thailand’s (EGAT) website and in their annual reports seems to be at conflict with my previous post, referencing mainly a report done by the International Institute for Sustainable Development (IISD) using 2011 figures.  Recognising this discrepancy right from the get-go, this post looks at what Thailand’s electricity picture looks like, purely from what EGAT has reported in 2014 and 2015.

The majority of Thailand’s installed capacity has been built by independent power producers (IPPs) or small power producers (SPPs).  In addition, a further 9% of the countries capacity is through agreements with Laos and Malaysia.  Most of EGAT’s self-built power stations are combined cycle gas facilities (21.6%), with thermal (coal – 9.4%) and hydro-power (8.9) making up most of the rest.  Diesel and renewables feature, but barely.

What’s not featured here are the very small power producers (VSPPs).  I’m not sure how much the VSPP projects total.  The IISD’s report indicates that these projects totalled nearly 6,000MW in 2011.  More than the SPPs in 2015 according to EGAT.  (I really am starting to doubt that report…  The VSPP source referenced has a site totally in Thai, with Thai reports, so I cannot dig any further.) 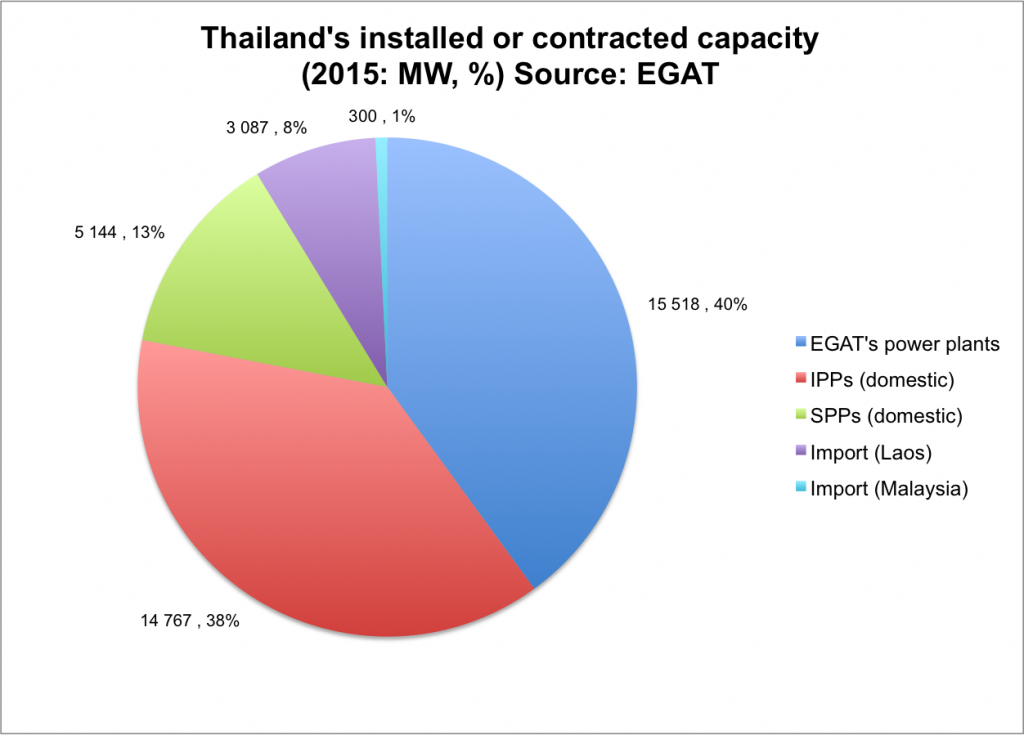 Because of the reliance on similar fuel types, the total electricity generation values by generator corresponds very closely to the installed capacity.  EGAT, IPPs and SPPs are all mainly reliant on natural gas and coal.  SPPs also have a fairly high reliance on biomass, with over 10% of their power generated by biomass facilities.  All facilities with high capacity factors. 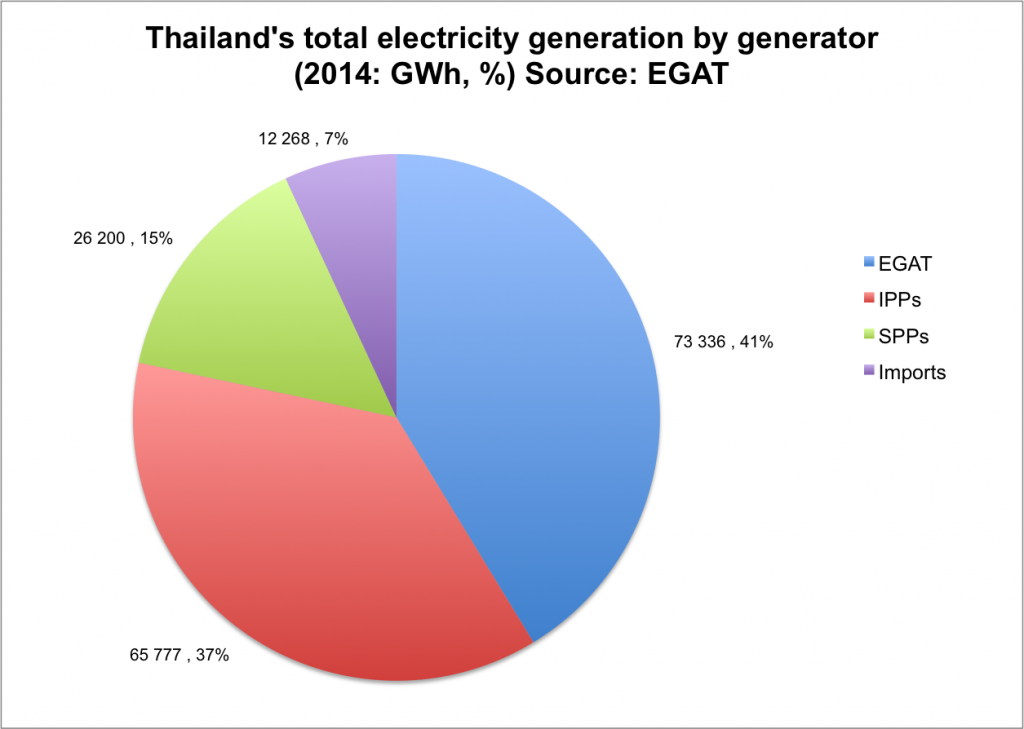 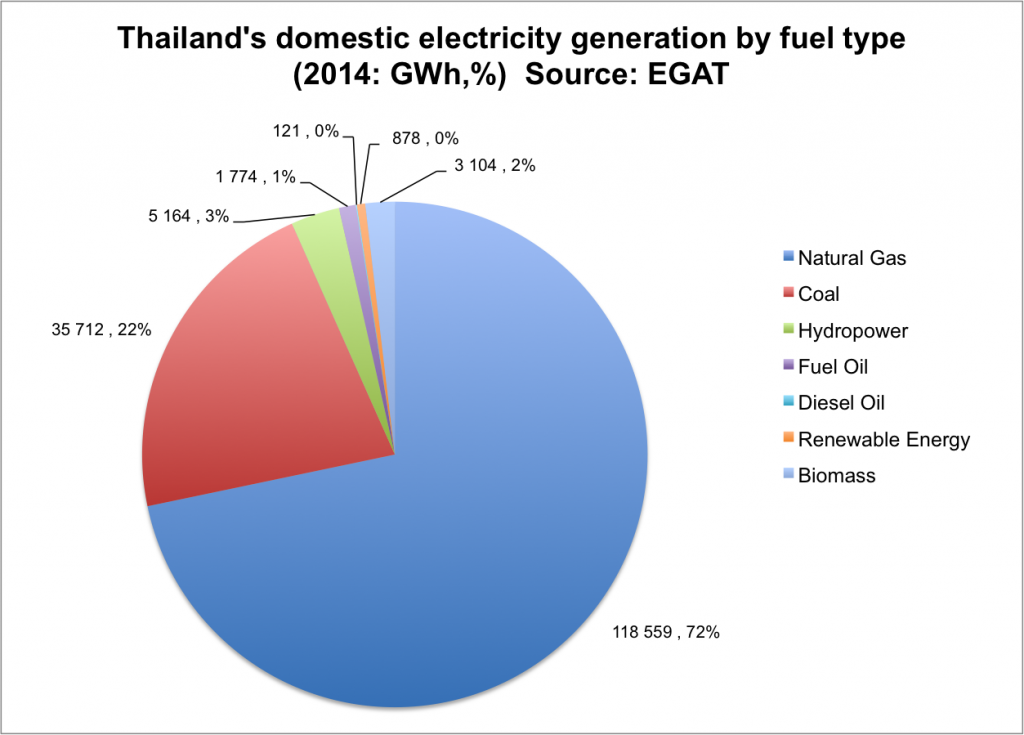 This map (the interactive version found on Enipedia) gives you an idea of how widely distributed Thailand’s generating facilities are.  You can see that there’s a lot of work to do in identifying and categorising the majority of these facilities, but it does serve to show that while there’s a clustering around Bangkok, there’s not one region of Thailand which dominates the electricity sector.  Interesting. 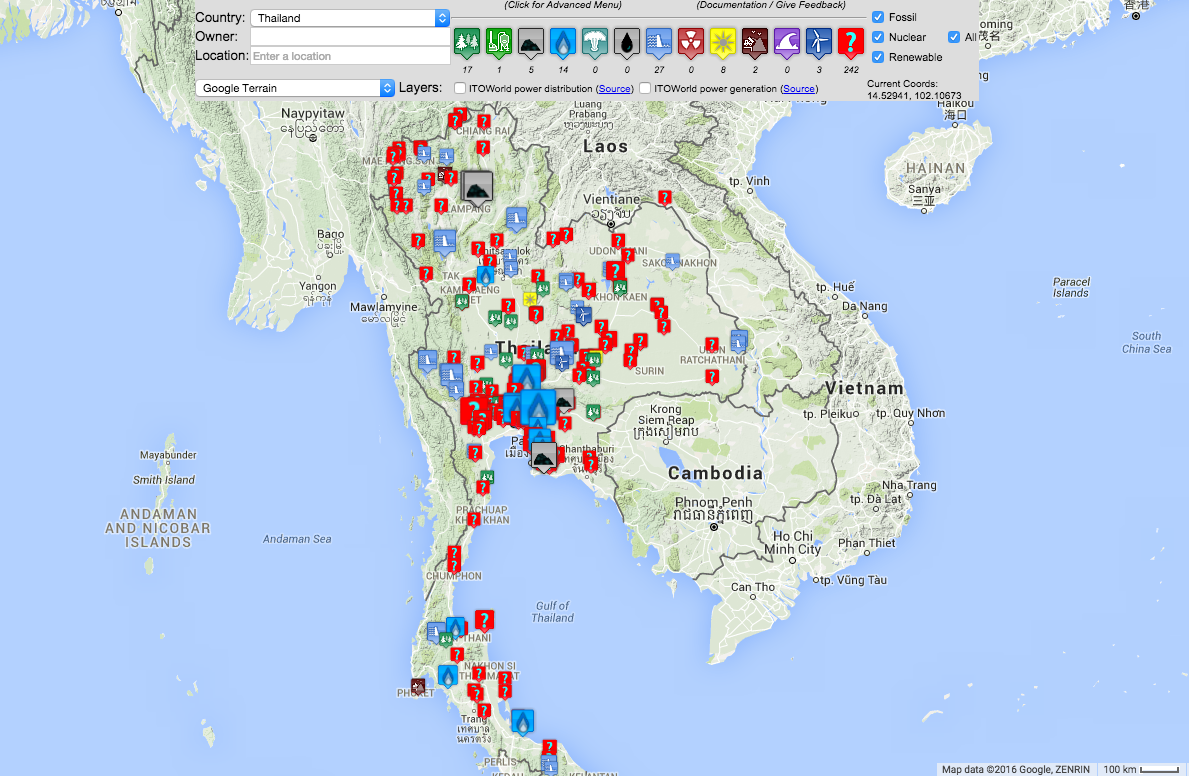