There has been a lot in every form of news at the moment about the messages coming out of the US relating to Syrian refugees and the freedom of movement of muslim people.  I won’t mention his name (it doesn’t need more airing), but you will all know who I’m talking about.

In response to this, a lot of people have been drawing comparisons between the Syrian crisis and the plight of Christians and Jewish people throughout history.  An appropriate comparison, and something that should be further explored.  Our unconscious biases should naturally be constantly challenged.

Now, while Energy Ramblings is not intended to be a platform for religious discussion (at all!), I wanted to take a moment to draw another comparison, as it relates to resource consumption and thus energy matters.  And this is the relentless expansion of consumer based Christian holidays around the world.

Christmas is alive and well in Vietnam.  I have seen more snowmen and snowflakes in this tropical country than I have seen cumulatively over the course of my life.  There are Christmas trees everywhere and I am yet to go into a coffee shop or restaurant without hearing Christmas carols.  (I honestly used to like Last Christmas.) It is relentless.  Merciless.  And totally out of place in a country where Christians makes up about 8% of the population.

Why is this important to me?  Besides being unbelievably irritating, because of this: 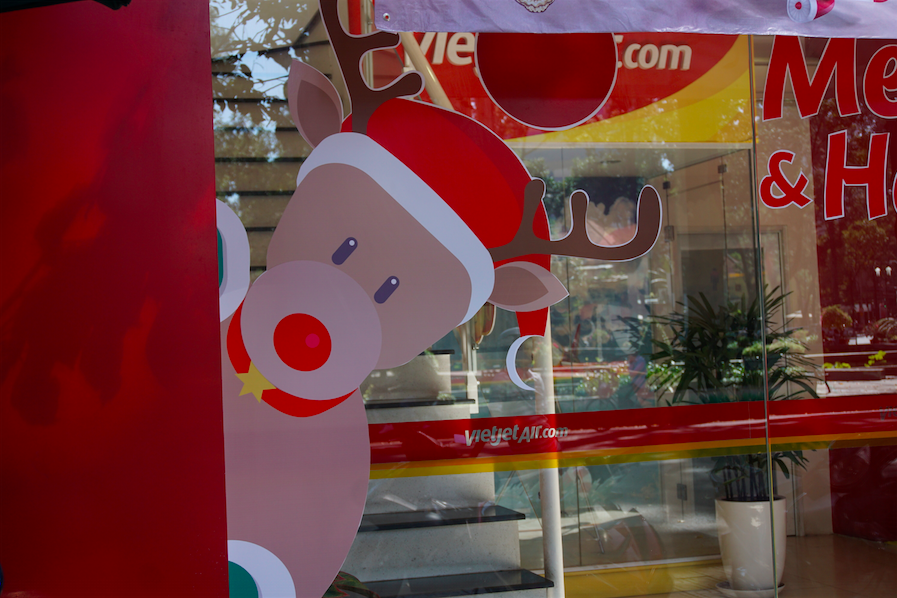 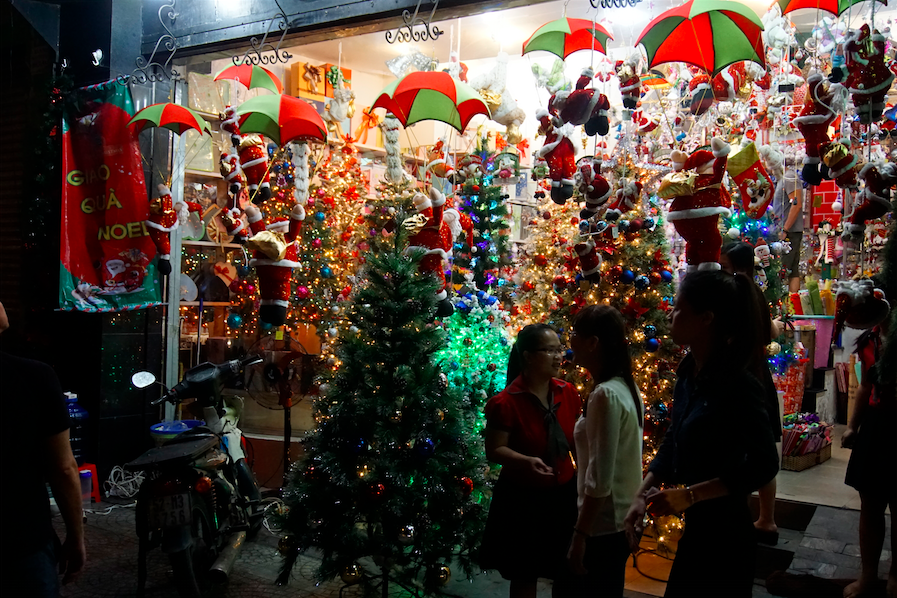 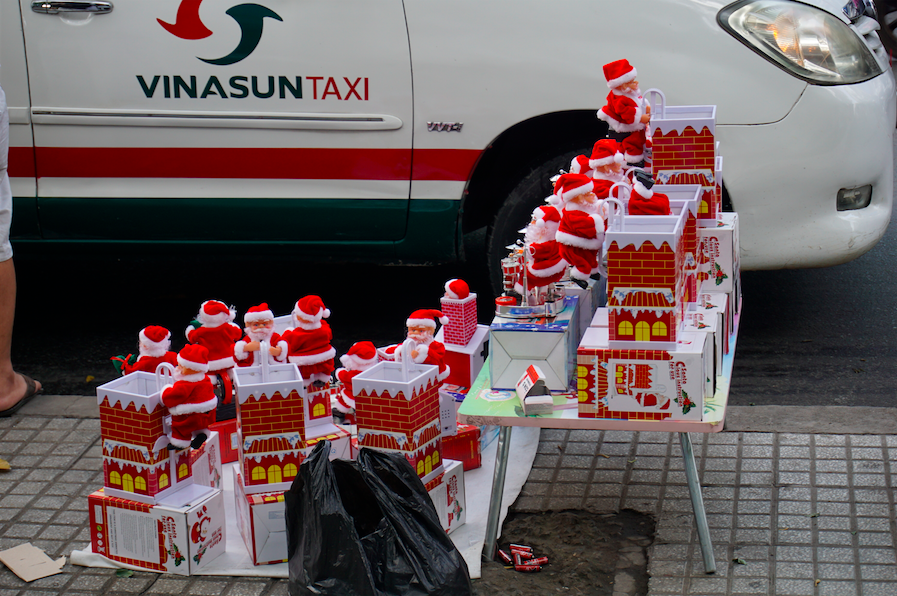 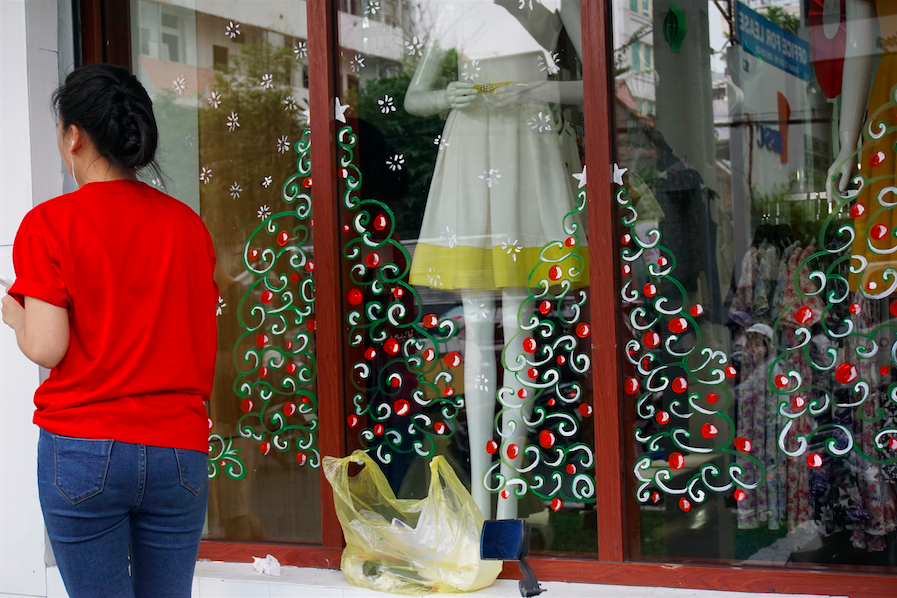 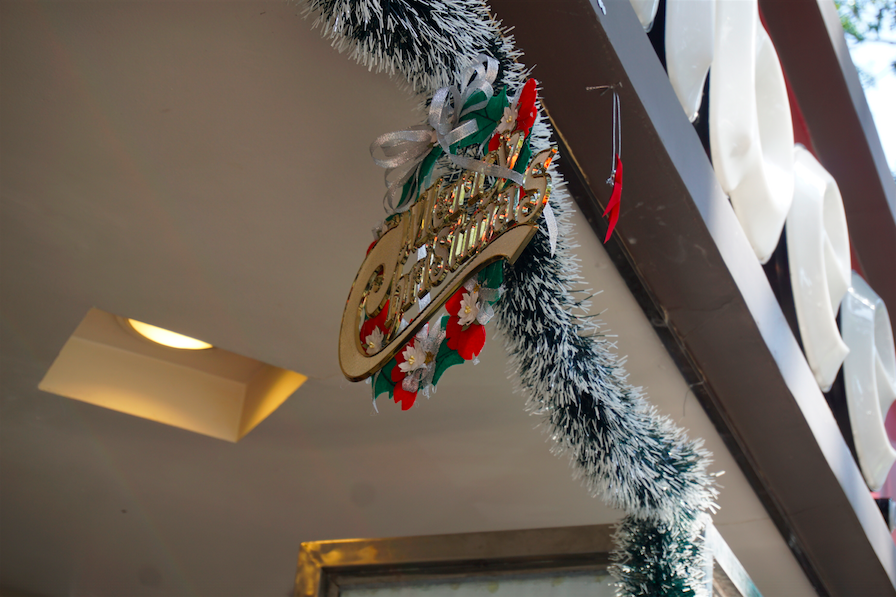 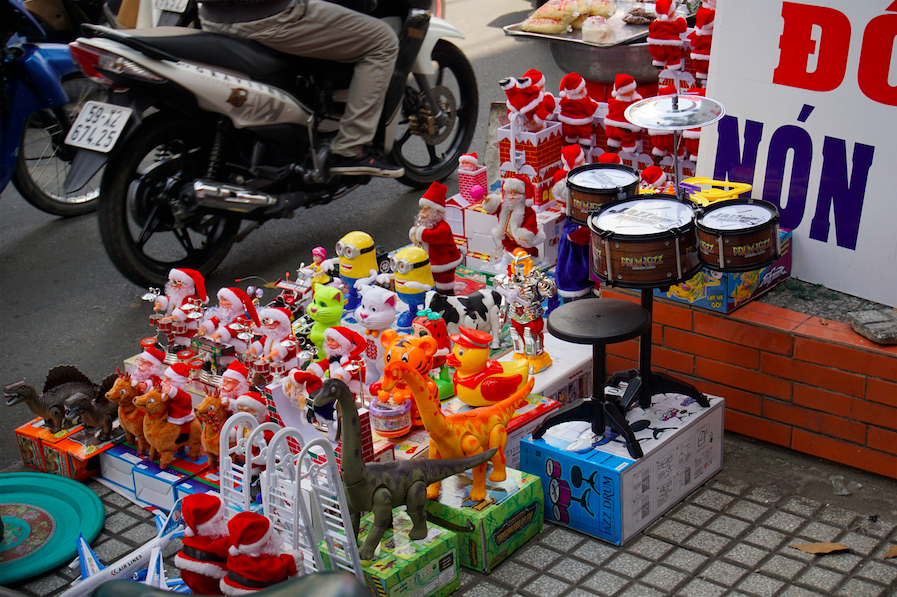 Christmas as a holiday is being used to sell EVERYTHING.

I have spoken to a few locals here about what Christmas means, and the consensus seems to be that it is a day that is looked forward to by everyone, because you get to spend it with your friends.  Presents are not a big component of the holiday, and you’re not expected to buy people gifts (yet) but there is a definite message coming through that Christmas is mandatory in your business during the season to sell your services, and the streets are packed with cheap, disposable Christmas related junk that will be thrown out two weeks after Christmas is done.

My point is that the western world may express xenophobic sentiments, relating to race or religion, but it should not be forgotten that the impact of western colonisation and religious expansion is seen in many ways around the world; and that this is not necessarily slowing down.  While this may not be manifesting in more bums on seats in church, it is lending its hand to thoughtless consumerism and the production of cheaply made goods, with a very short shelf-life; designed for landfill.  And a very short road to people here being influenced into adding Christmas presents to the holiday season.  With this amount of pressure it’s inevitable.

This, I would argue, is incredibly concerning. And a terrible legacy.  It deserves some acknowledgement and introspection from those who are worried about other people’s cultures affecting them.

[edit – I know that the consumer based habits have shifted from the religious intent of Christmas.  This does not change my point – that these are holidays perpetuating consumer habits, stemming from western cultures and practices, and are largely based on what began as Christian celebrations – the same kind of trends are seen with Easter and St Valentine’s day]