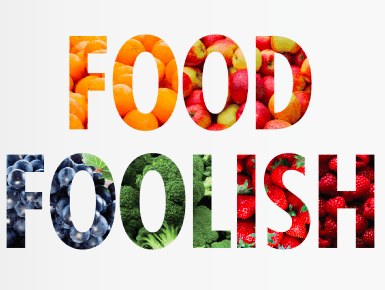 John Mandyck, from United Technologies, gave a very moving talk on the morning of the second day at the International Green Building Conference in Singapore last week.  His focus was on the impact that the food and farming sector has on climate change, and how this never seems to be part of the mitigation discussion.

The topic of farming of farming also came up in Charlie Ang’s talk on future innovation.  He mentioned how we have experienced agricultural, industrial and now digital revolutions.  Farming revolutionised how we live.  A book called Guns, Germs and Steels by Jared Diamond highlights the impact that farming has had on civilisation.  The ability to generate extra food has allowed for time to explore concepts like mathematics, philosophy, astronomy, democracy, and (unfortunately) warfare.

This is not saying that we all have access to adequate food, and the Food and Agriculture Organisation of the UN puts current estimates of undernourished people at nearly 13%.  That is, 1 in 8 people on the planet are hungry or undernourished.  It’s also estimated that 2 billion people are malnourished, lacking in the vitamins and minerals that they need to be healthy and productive.

John Mandyck and Eric Schultz have distilled some facts and figures about food in their book Food Foolish.   He pulled some stats out at the conference, which justifies a moment of pause for thought.

Farming makes up the majority of human usage of land area; 38% of ice free land is used for farming.  This is in comparison to cities which take up 2% of ice free land.  Here is the really scary statistic: of all the food produced across this vast expanse of land, 40% of it is wasted.  1.3 billion metric tonnes of food is wasted every year.  His way of demonstrating the scale of this was to imagine 1.3 billion elephants all stacked on top of each other.  This is how much food is wasted.

The nature of wastage differs by region, but he mentioned that in general 1/3 of the wastage is at a consumer level (throwing away food we’ve bought but have not eaten) while 2/3 is wasted during production or distribution.

In terms of carbon emissions, the wasted food alone accounts for 3.3 billion metric tonnes of CO2 every year.  This is the embodied carbon associated with the production of the food.  If food wastage was a country it would be the third largest emitter behind China and the USA.

If you took all the water used to grow this wasted food, it would be more water than any used in any single country in the world.

The land used to grow wasted food would be around 15% of the ice free land.  We have disturbed natural habitats of some of the best land in the world just to throw food away.

This talk really made me stop and think.  So much food wasted and 1 in 8 people is hungry.