I met with Mark Lampard from AECOM earlier this week, and he gave me a run down on how the electricity market works in Australia.

There area a lot of players, a lot of different relationships and the situation is different in each state. It can be a bit of a dry topic, so bear with me on this one.

The Australian Energy Regulator (AER) is responsible for regulating the energy market in accordance with the electricity and energy rules. Their key functions include:

This network is operated by the Australian Energy Market Operator (AEMO). Their function is broad, and, within the electricity sector, they operate on both the wholesale and retail side. I’ve put the graphic below together, based on the AEMO’s corporate brochure to try to simplify some of what they do. I’ve not included their functions within the gas market. 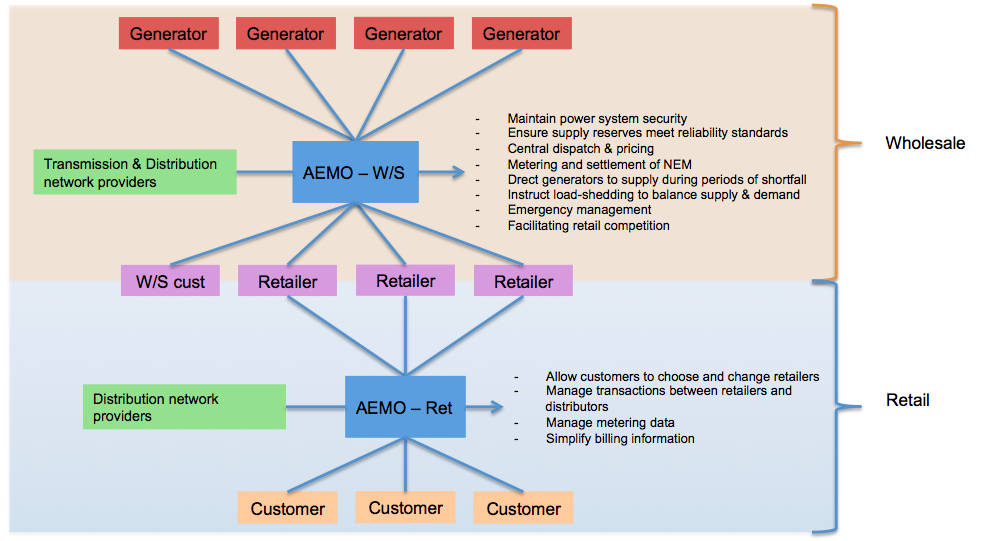 Generators sell power, and retailers buy power, to sell onto customers. Some generators are also retailers, and they can spread their power source (e.g. fuel) as they choose (as long as they comply with constraints or targets, such as the RET).

The transmission and distribution sector is totally regulated, however some states have publically owned infrastructure, and others have moved towards privitisation. T&D networks are a natural monopoly, and are therefore regulated, in terms of cost to customer. The AER is responsible for this regulation within the NEM. Regulation and coordination would be incredibly important, given the size of the eastern & south-eastern grid. The image below, knicked from the AEMO brochure again, demonstrates its extent. They indicate that the grid has an installed capacity of 50GW, generating around 200TWh/year, with transmission lines covering around 40,000km. 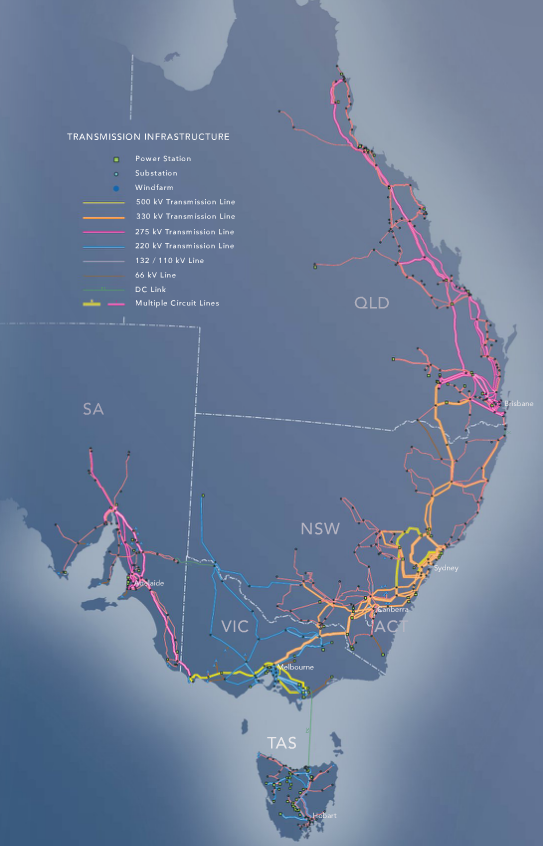 [Thank you to Mark for input on this subject. It_’s a complicated topic, not easy to distill down into a short post_, _or to cover fully in a short lunch meeting._]